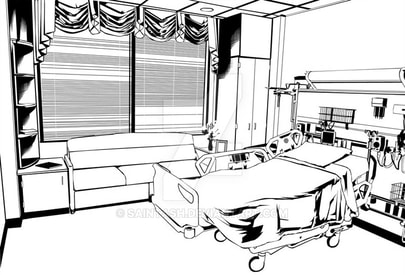 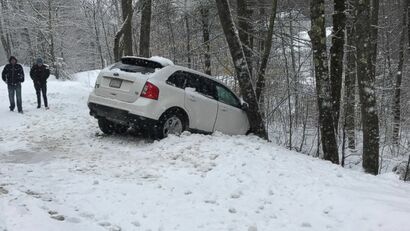 ’    “Did you get them?” a voice called from upstairs.
Mrs. Loper closed the front door. She sighed deeply as she laid her packages on a chair. “Oh, no dear, I forgot.”
Karen scrambled down the stairs, her long black hair flying behind her as her face reddened with distress. Flashing her dark eyes, she blurted, “Oh, Mom, how could you forget?”
“Karen, I had a lot of items to buy. It just slipped my mind. Besides, you should not be smoking anyway.”
“Oh, no,” Karen moaned. She began to pace around the room. “I just finished my last pack, too.” She paused and looked up at her mother. Half-smiling, she said, “Well, maybe this would be a good time for me to quit, huh?”
Mrs. Loper’s eyes widened and brightened. She reached over and gave her daughter a hug and whispered, “It sure would be, honey.”
Karen shifted her weight from one foot to the other as she mulled over the idea. Her hands dug deep into her blue jeans’ pockets as if looking for something.
The front door opened. A dark-haired boy, about eleven years old, darted in.
“Wow! It sure is getting cold out there. I bet it’s gonna snow tonight. Hi, Karen. Hey, Mom, when’s supper?”
Mrs. Loper smiled at her son. “In about an hour, Roy,” she said hurrying toward the kitchen.
Roy studied his sister. “Why so glum chum?”
“Huh, what?” Karen turned quickly. “Oh, nothing, Roy. I’ve got a lot of homework to catch up on. See you later.”
She took the stairs two at a time. Roy shook his head as he heard the door slam.
Strolling into the kitchen, he asked, “What’s wrong with Sis?"
Mrs. Loper looked up from her potato peeling. “She’s trying to stop smoking. She ran out of cigarettes today and I forgot to buy some. So she is withdrawing. So let’s be patient, okay?”
“Yeah, sure,” Roy replied. “She’s tried that before, remember?”
“Yes, I do.” His mother murmured as the peelings curled around her wet fingers.
“Maybe Dad would be here now if he had quit sooner," he whispered.
Roy glanced quickly at his mother, then lowered his eyes to see the peelings fall silently to the floor.
The bedroom door slammed again. Karen’s voice trailed down the stairs. “Roy! Hey, Roy! Do you want to take a ride with me?”
“What for?” asked her brother.
“I thought we’d go downtown for some cigarettes.”
Her eyes met her mother’s. Karen broke the silence with a jingle of her car keys.
“Come on, Roy. We’ll be back in half an hour.”
The cold night air hit their faces as she opened the door.
Their mother called to them. “Karen, it may start snowing soon, maybe you’d better...”
“It’s alright, Mom. I have brand new snow tires, remember? We will be back before dinner.”
Karen and Roy jumped into the Volkswagen. The engine sputtered and died. She pumped the gas and started it again. They drove along without speaking. The slapping of the windshield wipers soon interrupted their quiet moods. It had begun to snow.
“I know what you’re thinking. My sister is hooked on cigarettes and can’t stop!”
Karen’s outburst brought her foot down harder on the gas pedal.
“Look,” she almost shouted. “This will be my last pack — I promise you.”
“Don’t promise me, promise yourself,” he retorted.
“I will.” she returned.
Roy began, “I guess it must be real hard to quit. Dad went through this too, trying to quit. I’m never gonna start smoking. What a prison house! Hey, could you turn up the heat? It’s getting real cold in here.”
Karen adjusted the heater and turned the wipers to high speed. The wet, large snowflakes pelted the windshield and blew a white sheet around the car.
“Karen! This is turning into a blizzard. Let’s turn back!”
“Oh, Roy, we’re only a half mile from the store. I’m not turning back now,” Karen snapped as she flicked on the radio. It blared out a heavy rock tune. The beat matched beat-by-beat that of the wipers as they slapped away the heavy layer of snow.
The tree appeared suddenly, its wide trunk now a dark black specter. Karen turned the wheel sharply and hit the brakes. The sound of scraping metal screeched into their ears before the car spun to a stop.
“Roy! Roy! I am so sorry,” Karen cried as she began to wipe his face with her scarf.
“I...I...I’m alright, really, Sis. Yeah. I am okay!” his voice registered surprise. He held the scarf to his head and looked outside. “Wow! We just sideswiped the tree. We are so lucky.”
Karen was crying out loud as she spoke. “Roy,” she stammered. I almost killed myself and you for a lousy cigarette.”
​    Tears flowed down her face. She wiped them away with the bloodied scarf.
“That’s it, Roy. I will never smoke again,” she stammered. “Not ever.”
“Hurray!” Roy shouted into the cold air. “Look, we have a ride home.”
Red flashing lights blinked into their car.
“We may be just in time for supper,” Roy exclaimed as he opened his door.
“Mom’s making my favorite potato soup.”
Powered by